Have you ever stopped to think whether what you're doing as an aquarist is right or wrong from the point of view of morality? 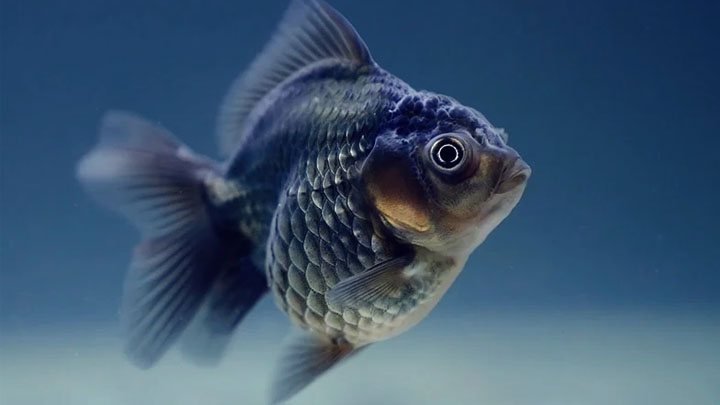 Fish in Captivity: The Moral Issue

Have you ever stopped to think whether what you're doing as an aquarist is right or wrong from the point of view of morality? Have you ever been questioned about this? Would you know how to defend your position? This is a complex issue that needs to be resolved within the mind of each individual since it involves many cultural, religious, and family upbringing aspects.

Throughout the world we will find all types of people, from those who couldn't care less if a fish is being mistreated, after all "it's just a fish", to those who sanctify any animal as a 'divine' creature and therefore it is not man's place to rule over the life and death of it. Between these two extremes, there's a vast range of possibilities for you to position yourself morally.

The problem is that many people end up forming their opinion or 'moral', leaning towards one direction or the other, without having a minimum amount of information to base it on or, worse yet, do it based on myths and downright wrong concepts. The moral dilemma of a responsible and concerned aquarist should actually be twofold:

In this article, I intend to expose a little of my own view on the issue, which obviously will tend towards responsible fishkeeping which after all is the purpose of this entire site, but I hope to also succeed in giving you a few less subjective elements to think about and allow you to draw your own conclusions. 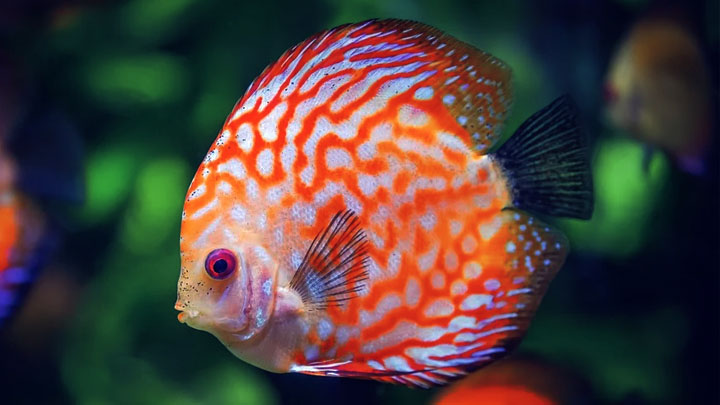 To approach the first dilemma correctly, the first very important thing is to understand the ENORMOUS difference that exists between a fish born and raised in captivity, and a fish collected from nature. Unfortunately, both types are sold without distinction in shops, so it's common that a hobbyist doesn't notice this important difference.

One must understand that in the case of commercial breeding, the fish have as much to do with nature and ecology as that chicken or pig that you ate for lunch today! This fish was BRED by us humans in aquariums or large-scale breeding tanks, with the specific goal of being sold to someone who hopes to obtain satisfaction in keeping a fish in the home aquarium, and in return generate income to the breeder and the merchant who sold it.

The only difference between this fish and the chicken or pig is the final objective to which it's destined. In this aspect, the ornamental fish should be regarded at the same level as domestic cats and dogs. I think they're even an advantage in comparison to chicken and pigs, except of course for those poor fish that end up in totally inappropriate home aquariums.

(The discussion about fishkeeping myths and what exactly is an appropriate aquarium for each species will be left for another article). Fortunately, at least in the freshwater fishkeeping hobby, a very large portion of the species commonly found in shops are already bred on a large commercial scale.

Therefore aquarists wishing to position themselves morally at this point can fully enjoy the hobby by purchasing only species that are bred in captivity, leveling the hobby with the keeping of cats and dogs as already mentioned, with no impact on nature. A good fish shop will always be able to tell you which species available in the shop are captive bred and which are collected.

A very positive argument for those wishing to position themselves this way is there are already several species of fish that are seriously endangered and some are even extinct in nature, not because of excessive collecting but because of the reduction or destruction of their natural habitat by the advance of civilization in the name of 'progress'

(read: deforestation, pollution, etc), and these species only continue to exist and have a chance to one day be reintroduced in nature due to their commercial breeding in captivity for the fishkeeping hobby!

In the case of marine fish, however, the general situation is inverted. A great majority of species are still collected from nature. We are still crawling in the slow process of understanding and developing techniques to breed marine fish in captivity, and therefore the level of responsibility and concern of the marine aquarist needs to be much greater.

This second case, of fish that belonged to the natural world and were collected for keeping in home aquariums, unquestionably affects nature to a greater or lesser degree. Still, we should not immediately condemn the practice without first understanding a few important aspects.

Careful studies are required to know if nature is being capable of replacing the loss without long-term damage to the ecosystem. This is what is called sustained development, a very contemporary term in almost all fields that make use of natural resource exploration some way or another.

The questionable practice occurs when the exploration (in our case, collecting of fish) is done excessively or uncontrolled (for instance during breeding season), which may lead certain species to decrease their population continuously until they face the risk of extinction.

Luckily there are scholars, institutions, and government organizations worldwide that are making serious and concrete efforts to understand the situation of each species and better regulate the collecting activity to guarantee sustained development with respect to them.

The Age of Aquariums has even been consulted by the Brazilian agency IBAMA with this respect, and will always be available to help in whatever we can.

So, even if a fish is collected, as mentioned above, if this is done in such a way that nature is capable of long-term replacement of the said loss (nature has an extraordinary capacity to do so, all we need is common sense and not abuse her) then it's possible to solve the moral dilemma of exploitation of natural resources, and only resolve the moral dilemma concerning the quality of life for the fish living in captivity. 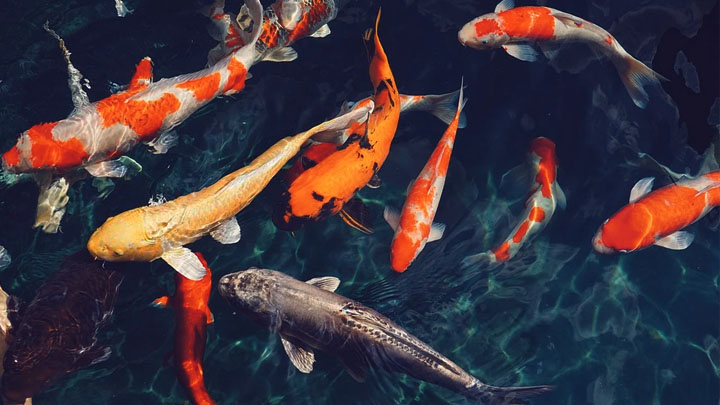 At this point, a second very common confusion arises, mainly among laymen and radical conservationists, which is the booby trap of "anthropomorphism". This complicated word means to transfer upon an animal (or anything else) our human concepts, characteristics, and values. Simplified for the case at hand,

It's like this: we have a group of values, expectations, goals, etc, characteristic of the human race, and when these things are repressed or denied we become unhappy. Then, we look at an animal and if it seems to us it is being denied a value that for us humans is important, we automatically conclude that it can only be unhappy as well.

This is not necessarily true, we need to know whether that value or expectation is really important to the animal in question. Just to give a blatant example, imagine someone thinking that a dog must be unhappy because it only drinks water all its life, and was never allowed anything delicious like a soft drink or an orange juice.

In general, expectations in the life of animals are MUCH, MUCH less complex than humans. I remember seeing an American study on the behavior of dogs, that demonstrated the concept of "paradise" for a dog. Paradise seems to be no more than lying around all day doing absolutely nothing, all of its life, which for a typical human would be painfully frustrating in the long term.

Back to the fish in aquariums, it's important not to fall into the trap of imagining how *we* would feel if we were in the same situation as them, but rather to search for indicators that they are indeed having their own expectations reasonably met.

This obviously isn't easy to identify, but in general, I would say that, if a fish is being adequately fed, displays good health, has a normal interaction with its aquarium companions (maybe even forming pairs and breeding, but this is not a necessary requirement since it doesn't happen to all in nature either), and the aquarium is such that the fish is capable of normal development, then this fish is truly "happy".

I'm not trying to say that fish or any other animals are mere automatons or slaves of their instinct programming. Quite the contrary, as any fishkeeper with a few years of mileage, I can perfectly identify (without 'anthropomorphism') the presence of individual humor in many of the fish I keep, giving each one a distinct, unique personality characteristic of a superior being - intelligent and emotional.

However, I repeat, despite the subject being current and controversial, it seems reasonable for me to suppose that fish, in general, have much simpler expectations than us: eat, rest, breed, and little else. In other words, a fish does not go from here to there in nature because it wishes to rejoice in its freedom and arbitrary will to do so, nor because it wishes to enjoy the trip while discussing with its companions the miracle of its existence.

It goes from here to there because it wants to stay away from potential predators and find food, or maybe a companion. If the food and the companion are already right here and the predators are not, then great! Why go there? "Freedom" is a very rational and human value, one must be very careful when determining whether it's transferable to an animal.

In conclusion, having already been through crises and even abandoned the hobby in the past because of moral dilemmas like this, based on the arguments presented in this article I have the conviction nowadays that my aquariums are such that my fish enjoy where they're living. I also have the conviction that the collective effort of responsible aquarists.

In particular, those with a strong presence on the internet are having a very measurable effect on the advancement of our hobby. What really matters is to have this concern in mind every day we keep our fish, and always do the very best possible to maintain or improve the conditions however we can.

Your Veterinarian Should Be Your Pet’s Second-best Friend