How to Care for Superworms?

Superworms are the larvae of the Darkling Beetle. They are different than mealworms in care and are also lower in chitin than mealworms making it easi 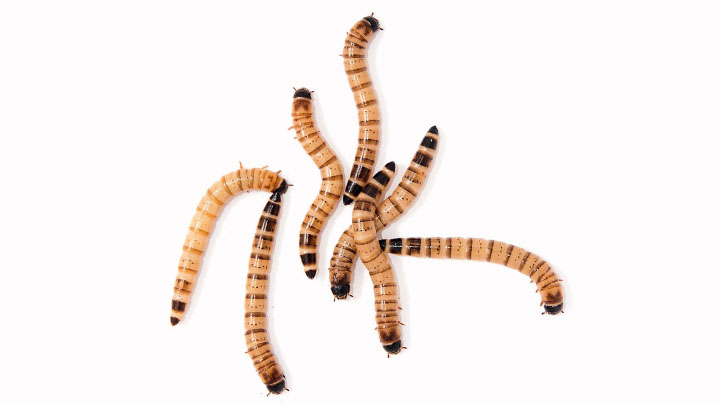 Superworms are the larvae of the Darkling Beetle. They are different than mealworms in care and are also lower in chitin than mealworms making it easier for your reptiles to digest.

There are several options for the substrate that superworms can live in, wheat bran, oat bran, or uncooked oatmeal if the other two are not available. We prefer organic wheat bran but it is not readily available in most areas and must be shipped in at a fairly high cost. For our reptiles, we feel that the added expense is worth it knowing that the supers are not ingesting any unneeded chemicals and passing that on.

We raise our supers in plastic sweater boxes, with part of the top cut out and plastic screen installed using a hot glue gun, but any plastic or glass container will work as long as the top of the substrate is at least three inches below the top of the container. We cover and screen the tops here in the south due to a moth that likes to lay its eggs in the substrate too resulting in an eventual invasion. Remember if a top is used it must have a means of ventilation or the substrate will mold killing the supers.

The optimal temperatures for the supers are between 70 and 80 degrees. While they will tolerate temps somewhat lower their growth rate will decrease significantly as will their metabolism. Do NOT refrigerate superworms as it will kill them and unlike mealworms, they will not automatically pupate at room temperatures.

While the substrate itself is the food we also add potato and apple slices and fresh greens as a food and moisture source. A source of moisture is very important because if it is missing the supers will actually begin to devour each other to obtain it. The vegetables and greens also gut load the supers so they are ready to feed at any time we desire.

I would like to thank Mike from crix-n-wiggles for donating and supplying feeders to many RepticZone members(as well as myself) during the aftermath of Hurricane Katrina and Wilma and for taking the time to prepare this article on superworm care.