To successfully raise or breed the angelfish it's important to understand a few things about native angelfish habitat. Extensive cross-breeding over 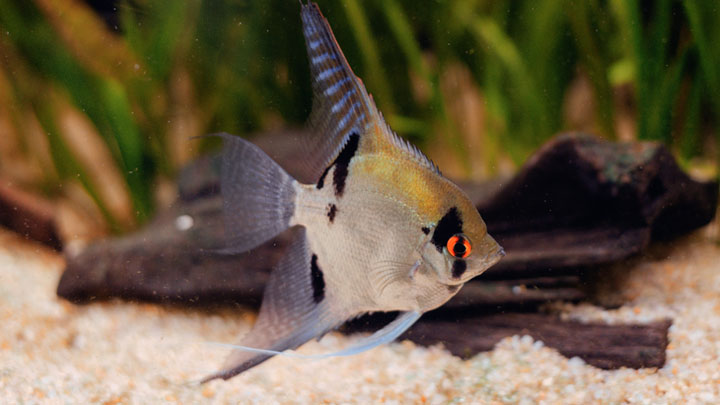 Can Natural Angelfish Habitat Be Duplicated?

The angelfish is of course a tropical fish, it is found all around the world, but many of the species and varieties sold in the marketplace have their origins in the river basins of Brazil, especially the Amazon and the Rio Negro.

Angelfish habitat varies somewhat depending upon where in the world the fish live. Not all live in rivers or tidal basins. Some live in and around coral reefs. Most however prefer places where there is plenty of vegetation, and either rock or coral. In some locations, the angelfish are plentiful in tidal areas containing bulrushes, where due to their extreme slimness, they can navigate between stalks and stems to elude predators. 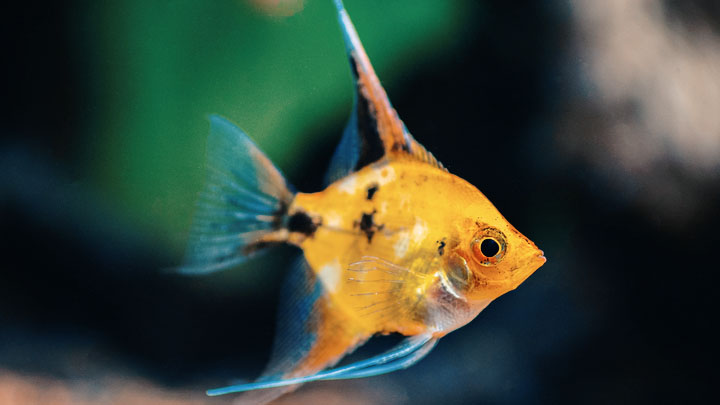 The angelfish is an omnivore, eating vegetation, insects, small vertebrates, and smaller fish. This varied diet makes keeping them in an aquarium somewhat easier. In fact, if the water temperature, which should be between 70 and 85 degrees, and acidity is right, the angelfish can be classified as an easy keeper.

Angelfish are used to acidic water in the wild, with a pH between 6.5 and 6.8. When living in a river basin, they prefer a location where there is dense vegetation, even floating islands of vegetation. It is the decomposition of dead vegetation that makes the water they live in acidic, and this acidity must be duplicated in an aquarium.

If not, the angelfish may survive, but will not breed. They are not particularly choosy about what they eat, in fact, they are not choosy at all. But if one is going to breed them, they need a somewhat varied diet of fresh or frozen fish food, including brine shrimp. Worms and small guppies are also favored by the angelfish. The angelfish is usually quite social when placed in an aquarium with other fish, but it does have a tendency to eat smaller fish, especially guppies. 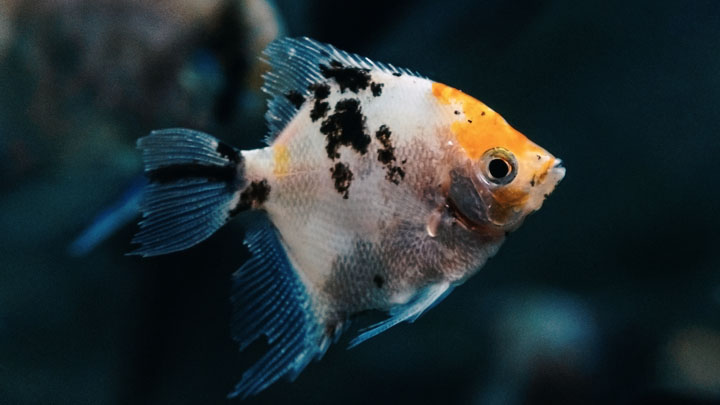 It will also eat it's own young, so once the eggs are laid and begin to hatch, it's usually best to put them into a separate container of water. The angelfish lay several hundred eggs at one time, but if the eggs and newly hatched fish are not removed in a timely fashion, their numbers will be seen to steadily decrease.

When breeding in the wild, the angelfish usually lay their eggs on rocks, particularly on rocks that have a sloping face. To emulate this particular characteristic of the native angelfish habitat, a piece of slate, placed in an aquarium at an angle will be a perfect place for the angelfish to lay its eggs.

While the angelfish is quite exotic in appearance, it is not as fragile as it looks, and is in fact quite a hardy fish. If you emulate the natural angelfish habit by giving it warm water, slightly acidic water, a variety of food, plenty of rocks and vegetation, plus a sloping rock for breeding, there isn't all that much more to be done, except of course to keep the aquarium clean as one would do for any other type of fish.