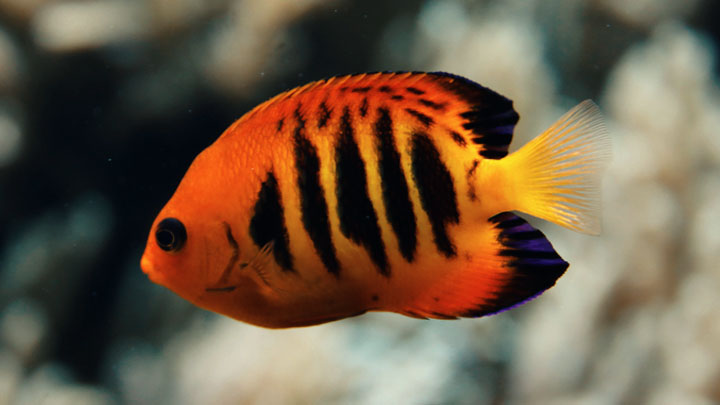 Flame Angelfish are bright orange/red with black tiger-like stripes. Their dorsal fins are an electric blue. While there is no doubt that these fish are beautiful, there is another reason that they are so popular among saltwater aquarium hobbyists.  The reason is that they are very hardy. As anyone who has kept a saltwater tank can tell you, many fish die rather quickly.  Because these fish tend to be quite pricey, this is an expensive problem.

Flame Angelfish, however, not only live longer than much other fish, but they are also less expensive. Typically, a Flame Angelfish costs between $40 and $50.  Along with being hardy, they can also be a bit aggressive, so you must choose their tank mates carefully.

They may become aggressive with their own kind and towards other types of fish. To help ease this aggression, be sure that the tank environment is optimal for the Flame Angelfish. 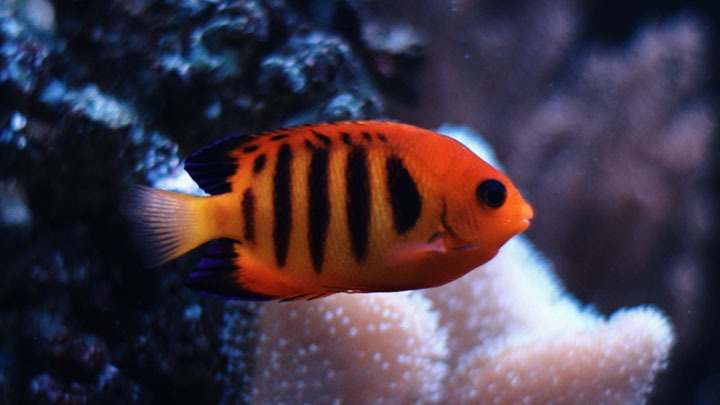 Tanks should be rather large, at least 75 gallons is the common recommendation.  This surprises some as this fish only reaches a length of four inches. There are some experts that say a tank of 20 gallons is sufficient but, as mentioned earlier, not everyone agrees.

In this case, the tank size has less to do with the size of the fish and more do with the fact that there should be a lot of spots for the Flame Angelfish to hide. They do well in coral tanks but have been known to nip at them. Another option is to be sure to provide plenty of rock (preferably live) and plants.

Because these fish are much less delicate than some other saltwater varieties, they make a good choice for someone who is just getting started as an aquarium hobbyist.  While it is, obviously, still important to maintain the proper water quality, Flame Angelfish are more likely to survive should the levels fluctuate a bit while you get used to keeping them where they should be. 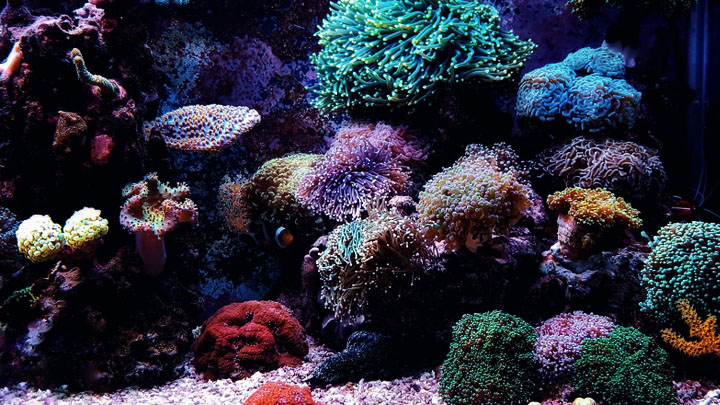 The diet of this fish is also easy to maintain. Flame Angelfish will eat both meat and plant-based foods. They will eat flakes, but should also be given either live or frozen food.  Keeping live rocks in the tank is a good idea as it will provide them with algae, which is an important part of their diet.

If you do plan to keep the Flame Angelfish in a community tank, it is suggested that they be the last fish to be introduced to the tank. The reason for this is that they tend to be a bit territorial. If you introduce them last, they might be a bit unsure at first, but will most likely come around within a couple of weeks. Flame Angelfish are a beautiful choice for anyone who keeps a saltwater tank.