Facts About The Emperor Angelfish

The Emperor Angelfish is one species that any tropical fish enthusiast would like to add to the aquarium. Found mostly in warm saltwater and in reef 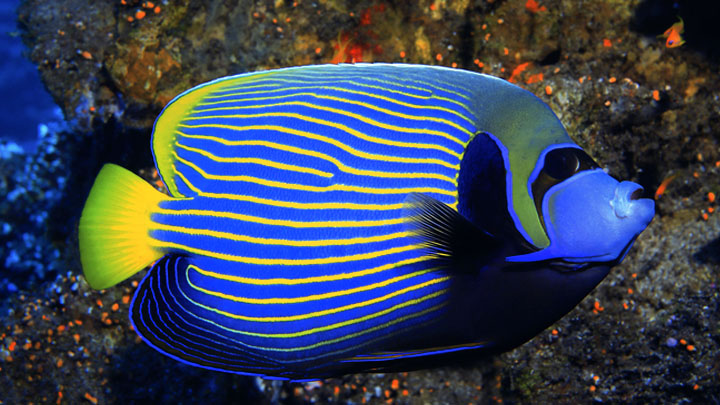 All About Emperor Angelfish

The Emperor Angelfish is one species that any tropical fish enthusiast would like to add to the aquarium. Found mostly in warm saltwater and in reef areas, this is one of the more beautiful of tropical fish. It also can grow to a fairly large size for an aquarium fish, if one considers slightly over a foot in length large, but is not really an easy keeper and is not a good choice for anyone who does not have quite a bit of experience with keeping fish in an aquarium.

There are several reasons why the Emperor Angelfish can be difficult to keep, the primary one being it is not a particularly hardy species, and requires an aquarium habitat that somewhat mimics its native habitat, the saltwater reef. It must be introduced to a tank that is well prepared to accept the species.

The tank must have a good recycling system, the water temperature has to be in the range between 72 degrees and 80 degrees Fahrenheit, and the saltwater has to have a pH within a range of 8.1 and 8.4. The degree of salinity needs to be such that the specific gravity of the water is between 1.020 and 1.025. As stringent as these numbers may seem, they are not out of line with those ones will find in most tropical saltwater aquariums.

The size of the tank is also important, with a 100-gallon tank usually considered to be the absolute smallest size that is acceptable for this fish.

The first step in keeping one of these species is to have a habitat-ready aquarium. Introducing an Emperor Angelfish to a different environment, even for a brief period, can have negative consequences. Once in its home aquarium, these conditions have to be maintained. An Emperor Angel has a life span of up to 15 years in the wild but seldom lives that long in captivity. 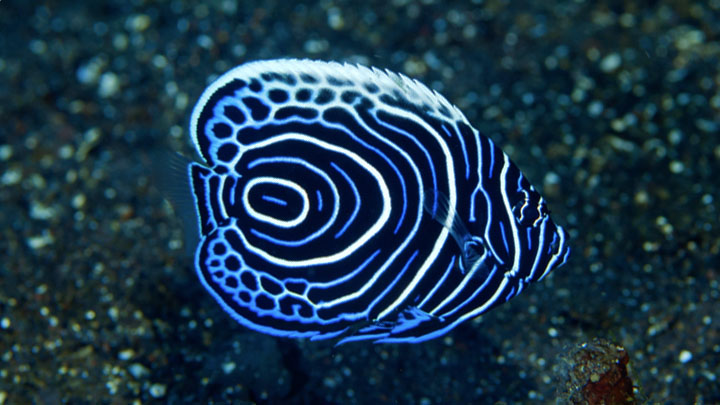 Once Emperor Angelfish is in an aquarium that somewhat mimics its natural surroundings, attention may be turned to such matters as food, shelter, and company. The Angel is an omnivore, eating everything from algae and plants to small crustaceans. Its favorite foods are coral and sponge, a diet that may be difficult to emulate in captivity.

Since it will eat a range of things, however, and since it can usually adapt well from a diet of sponges and coral, feeding the Emperor Angelfish is not the challenge it might appear to be. Shrimp is a favorite food and is usually readily available as plant this fish is apt to enjoy. It will eat smaller fish as well, either feeder fish, or small fish not intended to be food, which has inadvertently been placed in the tank with the Angel.

As far as the company is concerned, this fish is often somewhat shy at first when placed in an aquarium with other fish. It is apt to eat smaller fish, however, and over a period of time may become semi-aggressive, and often ends up being the dominant fish in the tank. The Angel can be quite territorial, especially towards those of its own kind.  Being a reef dweller and as such constantly having to be on the watch for predators, Emperor Angel needs to have a place or places to hide in the aquarium. 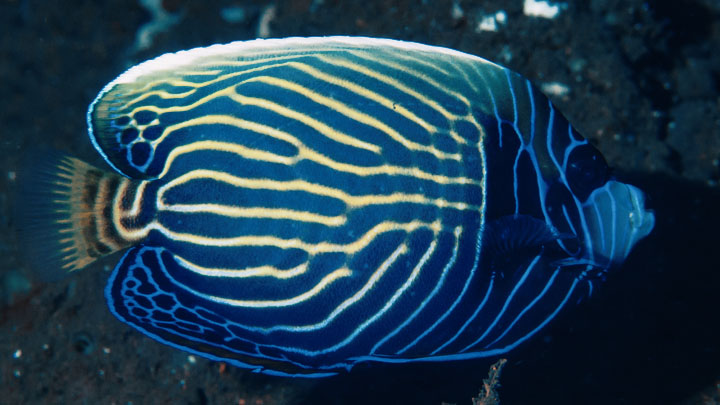 Saving the best for last, the colors of this beautiful fish are particularly striking. Not only that, but the colors of the juvenile are especially so, and do not in any way resemble the colors and color pattern of the adult. The adult Angel has a yellow body, with horizontal blue-grey stripes. It has a yellow caudal fin, a dark head and anal fin, and a white mouth. The juvenile on the other hand has a definite psychedelic look. It is usually a very dark blue, with a pattern of irregular concentric white lines. The fish does not change into its adult pattern for several years, and possibly because of dietary deficiencies, will often never completely change when in captivity.

Keeping an Emperor Angelfish then can be a handful but is possible. Breeding them in captivity is considered next to impossible, or extremely difficult at the very least. If one has a 100 gallon tank, an adequate filtration and water recycling system, plus a few compatible tank mates, keeping one of these species could be rewarding.