Everyone wants a happy and healthy betta fish, but the unfortunate reality is that bettas are very prone to illness. 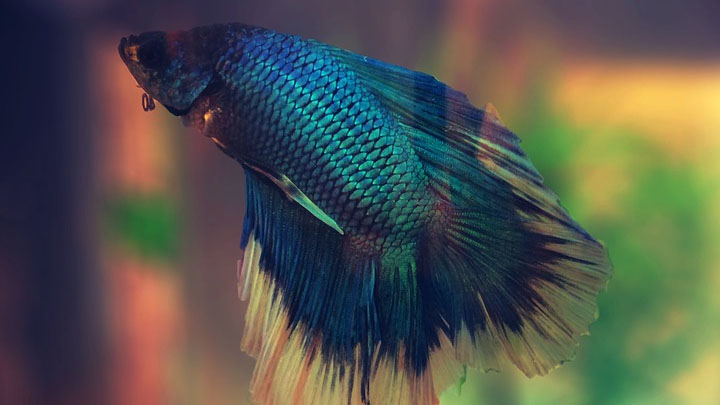 Everyone wants a happy and healthy betta fish, but the unfortunate reality is that bettas are very prone to illness. Dealing with betta fish diseases can seem like a daunting task at first, but with the right information, you can feel confident in providing the best care for your betta fish.

This is probably the most common betta fish disease and almost all betta fish owners will have to deal with this problem at one time or another. Fortunately, it is very easily spotted. What you want to look for are fins that seem to be receding or growing shorter.

The edge of the fin may have a red or black hue to it, giving the appearance that the fins are “crumbling apart” or even look as if they have been burnt by heat. Fin rot is generally caused by unclean water in your bowl or aquarium. Fin rot can be treated by cleaning your aquarium and administering freshwater, antibiotics, and antifungal medication.

Technically known as Ichthyophthirius multifiliis, Ick is a single-celled parasite that is extremely common in nearly all freshwater fish, betta fish included. The main visible symptom you can see on your betta fish is a bunch of white spots, which is why Ick is often known as the “white spot disease”.

Because Ick is a parasite, it is highly contagious and any infected fish should be quarantined to a different bowl or aquarium immediately. The best way to get rid of Ick is to SLOWLY raise the temperature of your aquarium to somewhere between 84-86 degrees Farenheit (~30 degrees Celsius) as the Ick parasite cannot withstand such temperatures (while your betta fish can).

Popeye is the enlargement of one of the betta fish’s eyes and as a result, it is one of the easiest diseases to spot (your betta fish will look very ugly with it). In most cases, popeye is the result of a minor bacterial infection that causes swelling and is not a very serious condition. It is usually the result of dirty water and can generally be treated by replacing the water and adding an antibiotic. Sometimes though, popeye is merely a symptom of a much more serious problem that may result in death.

How To Breed Crickets For Bearded Dragons