All You Ever To Know About Dwarf Angelfish

Dwarf angelfish are very popular candidates for home aquariums. They grow to about four inches in size and are very bright and colorful, making them 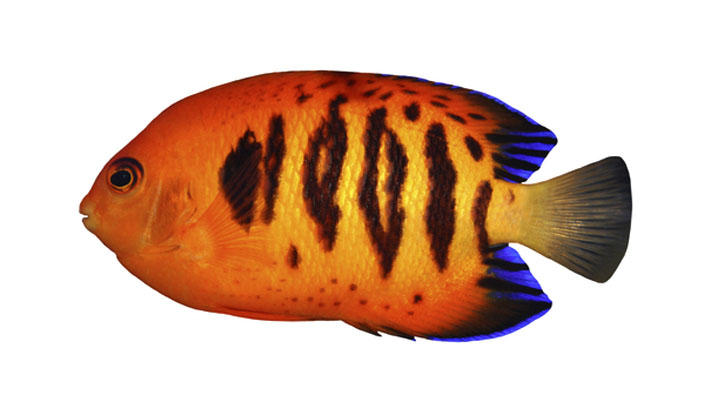 Dwarf angelfish are very popular candidates for home aquariums. They grow to about four inches in size and are very bright and colorful, making them small and attractive which is a great combination for domestic aquariums.

In nature, dwarf angelfish are found in and around the coral reefs of the world. They tend to feed on the algae and other small plants and animals amid the corals and mostly live in pairs although there are species that are solitary.

The size of this fish in the wild tends to range from a tiny 1 - 2 inches to a larger 5 - 6 inches. They fall under the genus Centropyge. 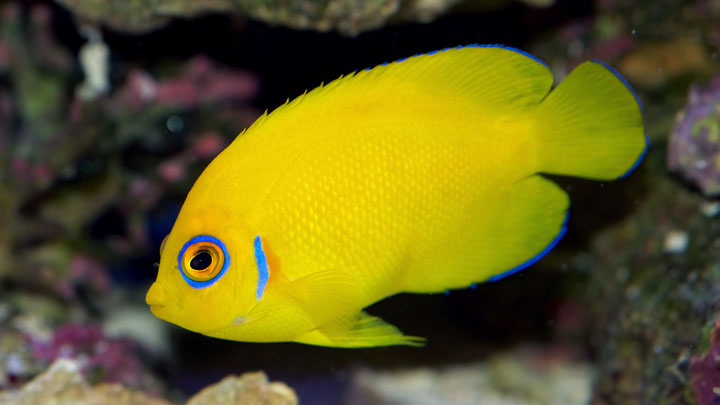 Some of the subspecies of this category of fish are:

When introducing the dwarf angelfish to a captive environment, it is best to recreate the natural setting by providing rocks and caves for it to swim around. These will serve to make the fish feel right at home. 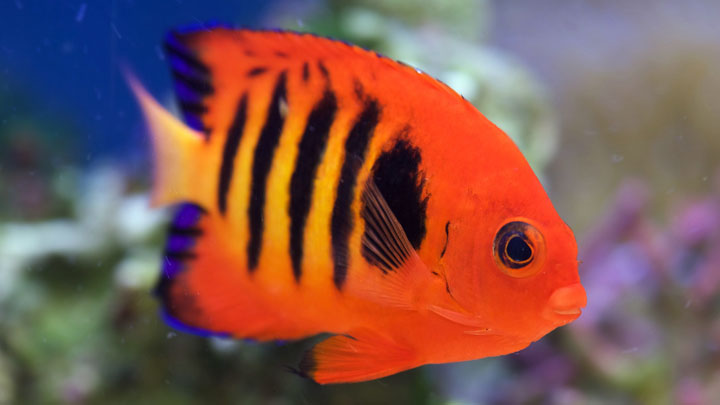 Initially, when you bring a dwarf angelfish home, it is important to do a freshwater cleansing and observe a period of quarantine before introducing the fish into your home aquarium to ensure that it is not carrying any parasites that can harm your other fish.

Dwarf angelfish should be fed plenty of vegetable matter as they are algae eaters and grazers in the natural setting. Commercial algae or algae sheets, blanched spinach or lettuce, herbivore food pellets, marine flakes, bloodworms, and live or frozen brine shrimp have all considered food options for these fish. 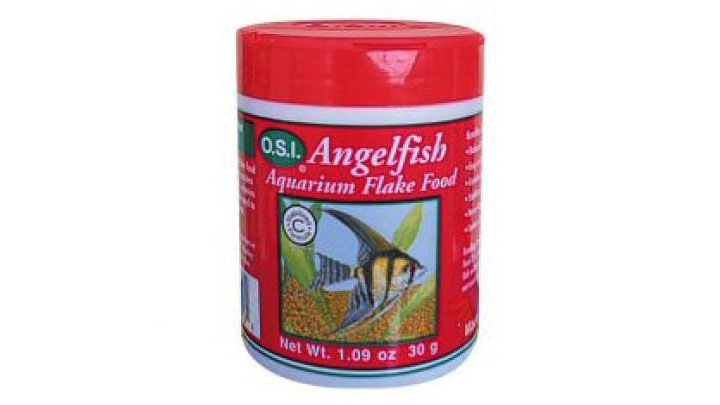 When using frozen food, remember to thaw it before feeding time. It is important to feed them small portions a couple of times a day and it is critical to watch out for overfeeding. They are known to continue eating even when they are not hungry and this can lead to health issues.

Live rock with algal growth can be perfect for most dwarf angelfish as it will provide nutrition and entertainment.

Introducing Your Dwarf Angelfish to Your Other Fish

Most dwarf angelfish are considered compatible with other species and this also makes them good candidates for a home aquarium. Expert aquarists advise that it is best to introduce this fish last or as close to last as possible. This is because they do bring the territorial aggression natural to reef creatures with them. So if other fish are already established, it will be easier for these fish to come in and claim their space without crowding out others. 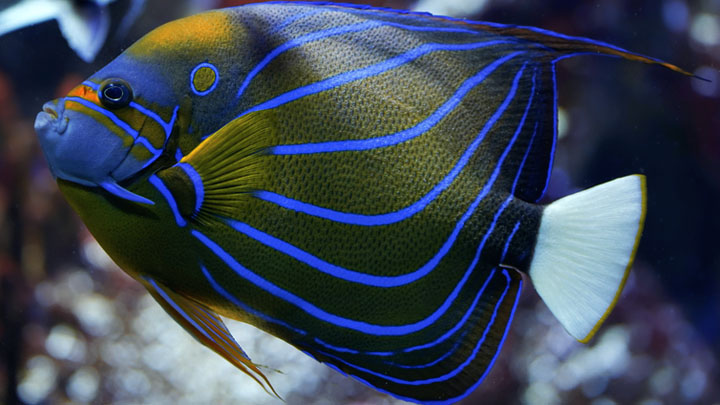 They can be particularly aggressive against other dwarf angelfish, so it is best to keep one of the species in a tank unless it is a really large tank. If you are planning on having more than one, introduce them into the tank at the same time to avoid major territorial fights. Try and place two live rocks at two ends of the aquarium, allowing each to define their own space.

These fish are classified as hermaphroditic because they are born as females and the dominant fish change sex to become males.

Males are typically bigger, but it is hard to tell the difference between the sexes.

Diseases That Can Affect the Dwarf Angelfish

It is considered hard to breed these fish in captivity. Crowded tanks and unclean water are the major causes of health problems in dwarf angelfish.

Some of the common symptoms of an unhealthy fish are:

Fin rot and marine ich are identified as two of the most common problems faced by the species. Fin rot can be treated with antibiotics under a veterinarian’s guidance. Ich is best treated by using a copper-based parasite remedy. A freshwater dip alone will not solve the problem.

A dwarf angelfish that adapts well to its environment can be hardy and easily live for five years or more. Their longevity along with their beauty makes them a popular choice with new and established aquarists.

How To Groom A Puppy At Residence

How to Take Care of a Chinchilla? Guide for Beginner

Facts About The Emperor Angelfish