Understanding Why Is My Dog Aggressive Towards Other Dogs?

Aggression in canines can stem from a number of factors. It is impossible to curb the behavior effectively unless the cause has been properly identifi 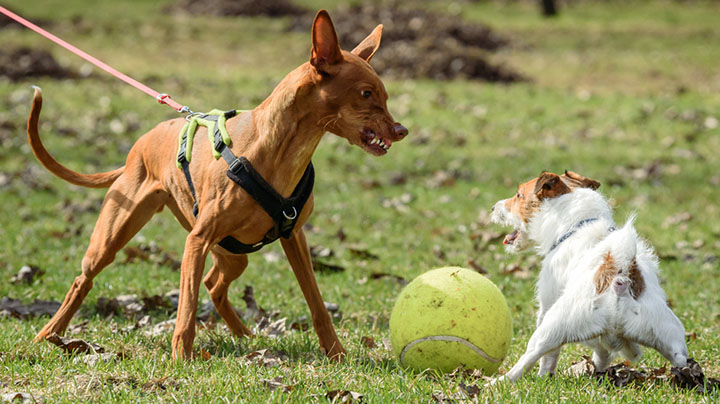 Aggression in canines can stem from a number of factors. It is impossible to curb the behavior effectively unless the cause has been properly identified and addressed. Unfortunately, many owners with aggressive dogs never take this step. They give up in frustration, abandoning their pets at animal shelters. If you can determine the root cause of your dog's aggression, you can take steps to treat it successfully.

Below, we'll describe several reasons a canine becomes aggressive, growling and snapping at other animals and people. You'll discover that some of the following factors require both training and attention from a veterinarian.

Dogs often show aggression when they want to communicate dominance over another. This is part of their pack mentality. Most packs have a clear hierarchical structure where each animal is aware of his position in the pack as well as the authority of those above him. When fights occur, they usually stem from one animal challenging the authority of another or defending his own authority against a challenge. 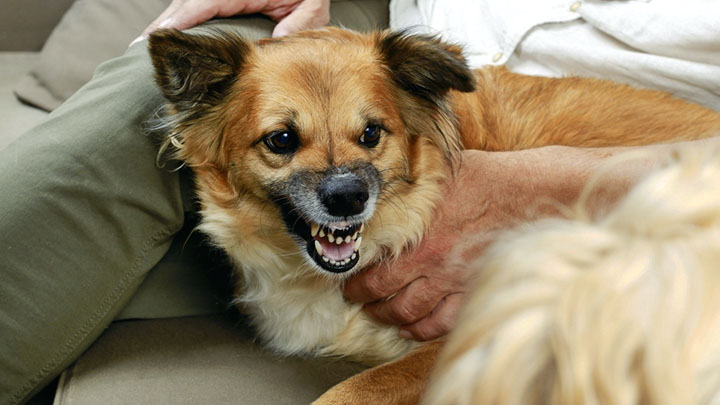 This occasionally happens between a canine and his owner, or a member of the owner's family. For instance, someone in the household may attempt to push the pet from the couch only to be greeted with growling and bared teeth. This is a challenge to the person's authority. If it left unresolved, the problem will worsen.

Several medical issues can also prompt aggressive behavior from canines. An example is a hypothyroidism, where the thyroid manufacturers less thyroxine than normal. A number of problems can affect the animal's brain, including tumors, bacterial infections, and seizures. 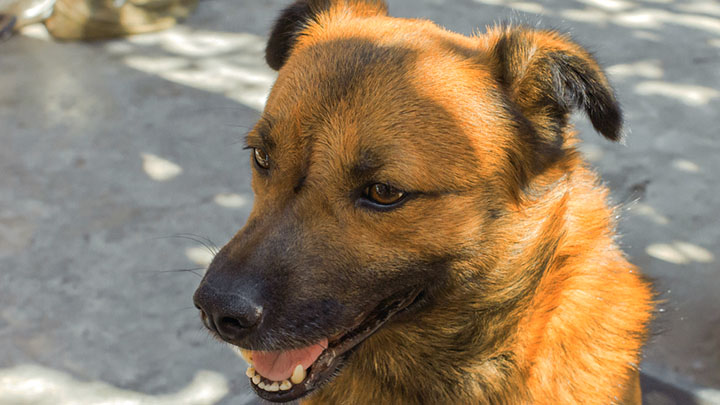 These issues warrant the attention of a trained veterinarian. In many cases, medications can be prescribed that address the underlying problems, thereby reducing the dog's aggressive behavior.

Territorial aggression is common in canines. In the wild, they are forced to protect their resources from potential invaders. This same characteristic often displays in a domestic setting. For example, a dog may protect his food bowl and favorite toys. When someone attempts to take these things, the animal may bare his teeth, bark, and even lunge. 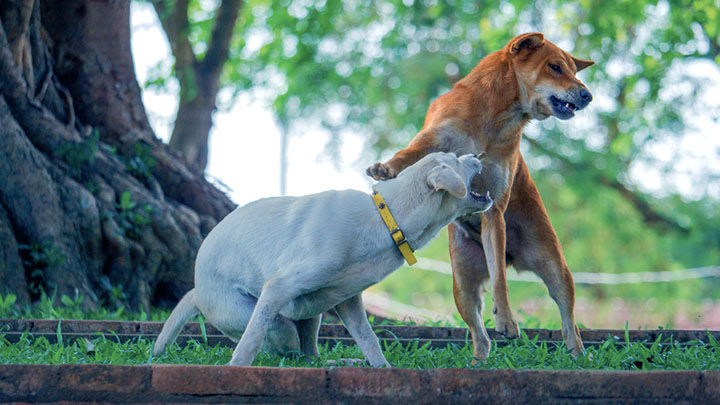 In some cases, this trait can be useful. For instance, if you have trained your pet to guard your home from intruders, his aggression might successfully discourage thieves. That said, it is more often a source of frustration for owners since their canines are rarely able to determine an appropriate response for each situation.

Fearful canines tend to be aggressive toward strangers. They dislike those who are unfamiliar to them. Sometimes, the fear is directed toward certain types of people, such as young children or men. Other times, there seems to be little discrimination; the dog will act aggressively toward nearly everyone.

One of the most common causes of fear-based aggression is a lack of socialization. If a dog is not exposed to people early in his life, he may grow to fear them. Then, confronted by a stranger, and lacking a way to escape, his fear triggers an aggressive response. 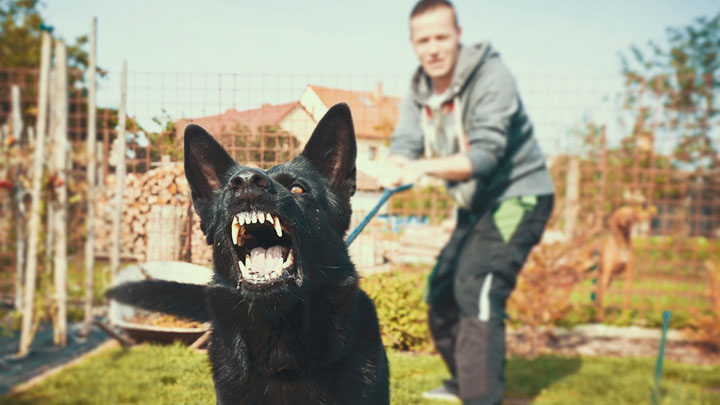 Another cause is poor treatment received in the past. If someone abused the canine, the animal may come to view strangers with distrust. In such cases, even an attempt to pet the dog can set off a reaction.

The most reliable method for addressing this type of aggression is desensitization training. This is a strategy that provides the animal with increasing levels of exposure to the stimulus that causes him fear - in this case, strangers.

This form of aggression occurs when the dog becomes frustrated by something in his environment. For example, a senior canine that is resting may become irritated by the noise and activity nearby. If he is unable to remove himself (due to arthritis or other problems), his frustration may prompt him to bark and growl.

Aggression in canines can be problematic for owners depending on the stimulus. In order to curb the behavior, determine the reason it is occurring in the first place.