Most Popular Animals in The World Owned As Pets

Current estimates by various animal rights and veterinary associations indicate that cats are the world's number one pet? 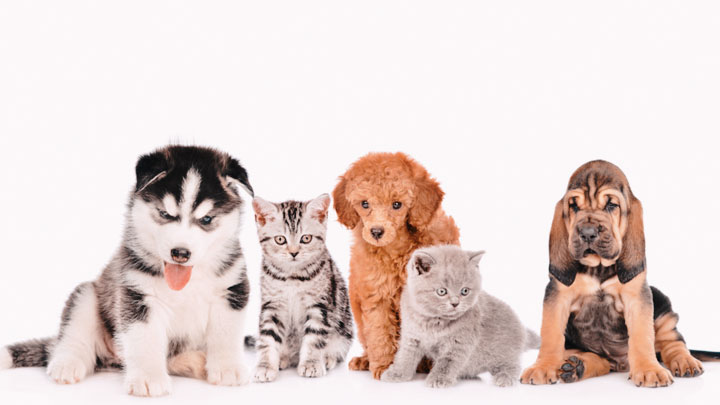 Ranking The Most Popular Standard Pets (By Number Of Animals)

Current estimates by various animal rights and veterinary associations indicate that cats are the world's number one pet? More than 200, 000,000 felines are kept as house pets across the globe, in fact, some guesstimates think the number is more like 500,000,000.

The American Veterinary Medical Association compiled the U.S. Ownership and Demographics Sourcebook in 2007; at that time, nearly 82,000,000 cats were pets in the USA alone, outnumbering all other pet choices. Using an average length of 21” per cat, if they were lined up nose to tail, those 82 million animals would completely circle the Earth! 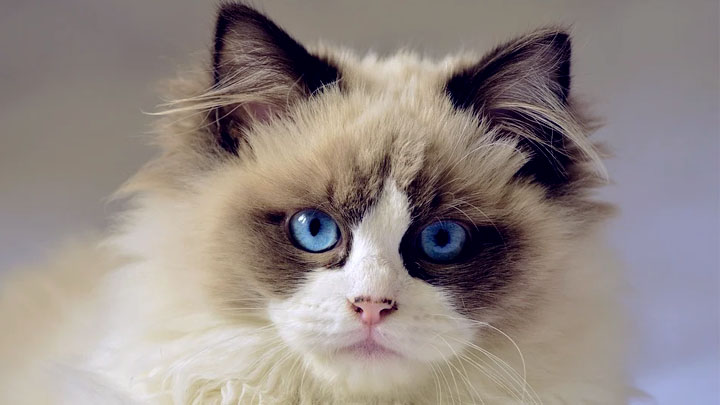 Whatever the actual number may be, it's safe to say that cats are the favorite pet of human beings here on planet Earth today. That's quite an accomplishment for an ancient animal largely unchanged through the centuries. In 2004, archaeologist Denis Vigne (from the National Museum of Natural History in Paris) led a research team that discovered a human grave containing many precious objects, including a kitten.

The site, located in Cyprus, has been dated as being 9,500 years old. The researchers wrote that, “the joint burial indicates a strong association between the human and cat, and that the kitten in the grave is possibly the world's oldest known pet cat. 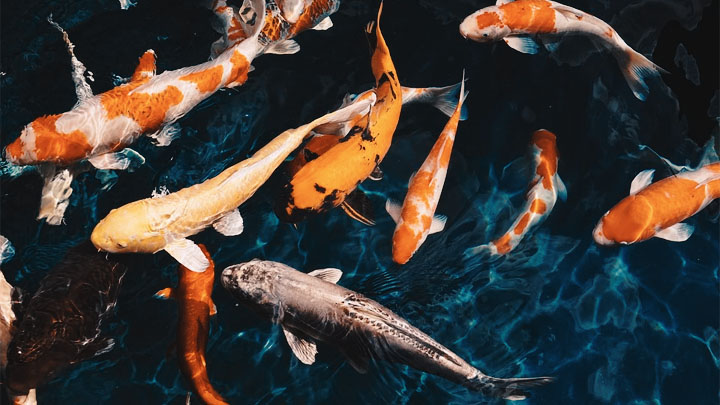 You're expecting to find dogs as the number two pet, aren't you? Nope -they're further down this list. The second most popular pet is...fish! Numerically, there are almost as many fish as cats which makes sense, since, in a single household, the fish tank usually contains well more than one single fish.

In a large tank, there can be dozens, while in a big Koi pond, there can be hundreds. The AVMA reports there were 75,898,000 pet fish in the US in 2007. It's anyone's guess how many of those fish were purchased as food for other fish; feeder goldfish are the diet for much larger fish in captivity.

There are 28,000 different species of fish, and the assortment found in any tank or pond is as much a reflection of the owner's personality as their choice in clothing or movies. From the neon colors of saltwater creatures to the murky markings of brack water denizens with every possible combination of color and form in between, there are fish for every fancy. 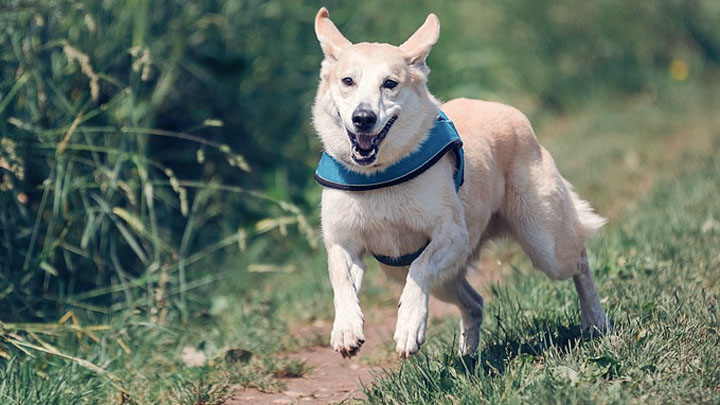 Know you've been waiting and here they are: dogs appear on our list in third place. For all of you dog lovers reading this, be consoled by the fact that if we were counting by the number of owner households (instead of by the number of animals) dogs would be numero uno.

In 2007, the AVMA reported slightly over 72,000,000 pet dogs in America. Reputable kennel clubs around the world are not in agreement as to breeds; at present, there are 460 that are considered official by some associations. This count doesn't include hybrids, a category that has been expanding in the US for the past decade.

Worldwide, how many dogs there might be isn't a number easily determined. If we add together the top ten countries' numbers of pet dogs, the total is a whopping 172, 609,000 and there are 195 countries in the world today! 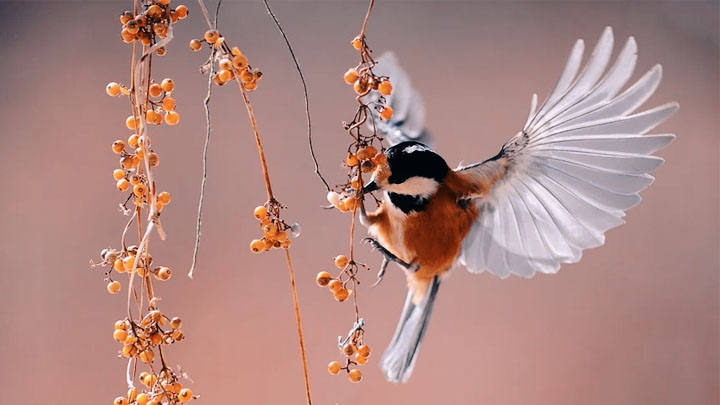 Birds are the fourth most popular pet. Today, bird ownership is more prevalent in Asian countries, where bird breeding (aviculture) goes back many thousands of years. From singing canaries to cooing love birds all the way to peacocks and ostriches, pet birds cover a broad range of avian species.
Falconry was the sport of royalty throughout much of history and dovecotes were maintained as a food source at many castles and villages during the middle ages. In the Americas, many tribes are believed to have kept parrots as pets. Hohokam excavations in Arizona and New Mexico indicate members of that tribe had Macaws in captivity as early as 300 A.D. 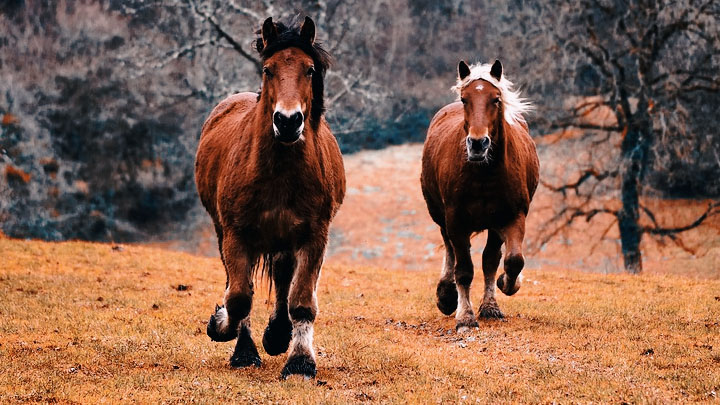 Horses rank in the middle of the top 10 list, a position they've occupied for several generations. For centuries, horses were the major means of transportation around the world and were maintained for that purpose over and above all else. To track the presence of horses historically is to track the growth of civilization. Ideas and materials, news, and invention all traveled by horse. In addition, draft animals served as agricultural workers.

In the modern age, horses have been and continue to be working animals in specific locations and applications, but are largely maintained as beloved pets. Horseback riding continues to be a very popular hobby around the world; horse racing generates millions of dollars in revenue and horse breeders continue to raise the standard of elegance and performance of these beautiful animals. In the US, the AVMA reported 7,295,000 pet horses in 2007. 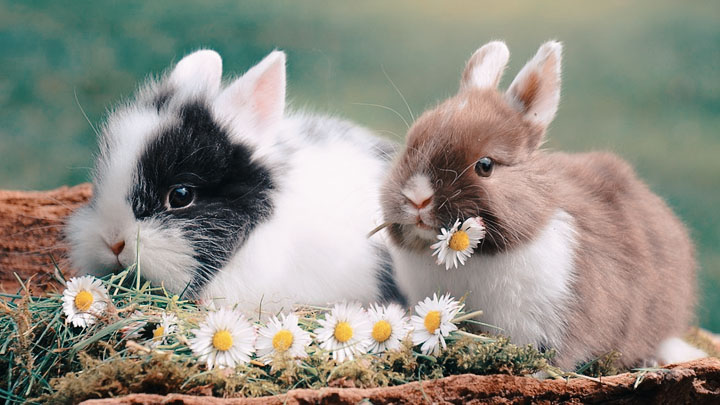 Although many people think of them solely as food, rabbits are the beloved pets in families around the world: they rank number six on our list. The number in the millions in the United States: back in 2007, the AVMA reported just over 6,000,000 pet rabbits, and we all know how they reproduce!

Today, there are roughly 40 distinct breeds of rabbits and almost as many unofficial hybrids, too. The white rabbit gained fame thanks to Lewis Carroll's Alice in Wonderland, and modern illustrations of the Easter Bunny usually depict a white rabbit as well. Less well known are a variety of breeds in different colors and body types. All have fans as pets, thanks to their pleasant nature and easy care. On average, a pet rabbit can live a dozen years and can even be housetrained with a bit of patience. 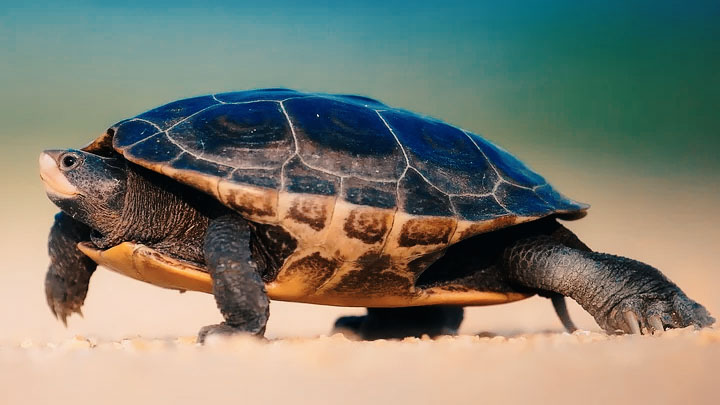 Turtles are far less common than the pets preceding them on this list. Two million pet turtles in the US make them number seven in popularity. Different factors serve to keep this number relatively small. There are 250 varieties of turtles worldwide; however, many are unsuitable as pets because of habitat (giant sea turtles, for example).
Many of those are also endangered as their habitats are threatened by either development or climate change. Additionally, turtles routinely carry non-typhoidal salmonella, as do many other small reptiles. This led many municipalities to ban their sale as pets, but their continued popularity made compliance and enforcement moot.

Today, the Centers for Disease Control (CDC) in Atlanta report 50,000 cases of salmonella each year of which one-third are in children under four years of age. The majority of these have been linked to pet turtles.

Sliders, mud turtles, and box turtles are the three main types of pet turtles in America. Sliders are water turtles and need an aquatic enclosure; mud turtles naturally live in the mud bottoms of rivers and lakes and need a similar environment to thrive in captivity. Box turtles are land dwellers and can be happily maintained as pets in a safe outdoor enclosure. 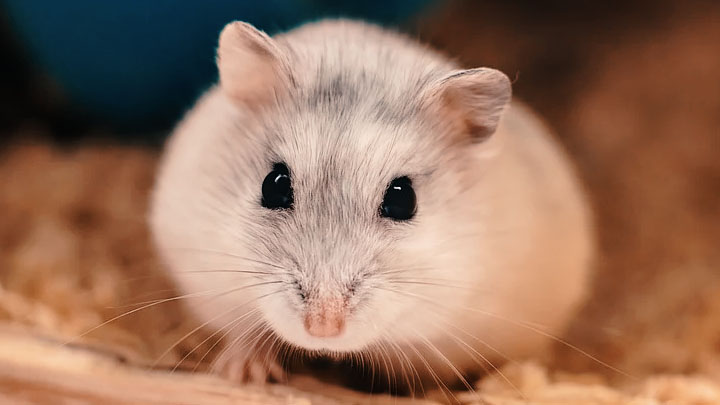 Cute and cuddly, easy to care for, and fun to watch, hamsters rank as the eighth most popular pet. Over a million hamsters were pets in 2007 in the US and it's likely the number is greater today.

Members of the rodent family, the popularity of hamsters is due, in part, to the fact that they are nocturnal. Working people who are gone all day come home to the most active and interesting hours for their pets and can delight in watching these busy animals conduct their lives. Hamsters sleep during the day and therefore don't resent absentee owners at all.

They are inexpensive to purchase and easy to care for, two factors leading to their growing popularity. If handled regularly and gently, they make affectionate pets. Only a few breeds are available for purchase, but the different colors and coat lengths make for a large assortment of choices. 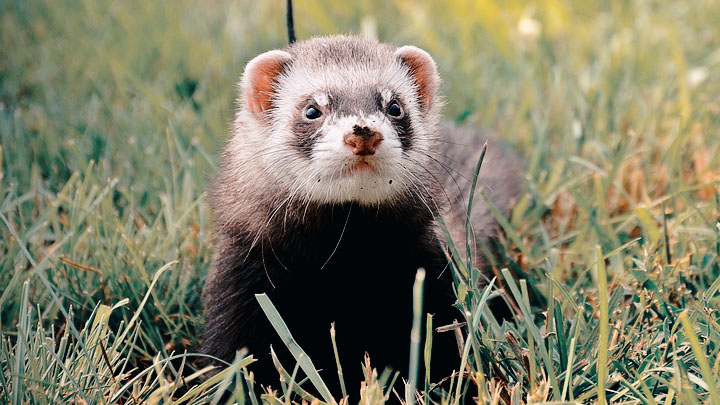 Ferrets, the ninth pet on our list, maybe unknown to many people. In fact, ferrets are illegal statewide in California, Michigan, and Hawaii and they are also illegal in a host of individual counties and municipalities in other states. Yet there are over a million ferrets in the US and at least that many throughout the EU countries, so it is plain to see that many people think of these rodents as perfect pets

The reason for their illegal status seems to be their ability to inflict nasty bites thanks to extremely sharp teeth and the fact that they are mistakenly classed as wild animals. Dog bites are serious too, but as a domesticated pet, they are presumed to be trainable to avoid such behavior. No such presumption exists in the minds of lawmakers when it comes to ferrets, although they are actually domesticated animals and have been for several thousand years.

Despite that prejudice, pet owners who delight in ferrets describe them as fun and active creatures who provide hours of enjoyment. They are nocturnal so they are happy to be left home alone during the work and school day. Although they do possess scent glands that some can find noxious, the practice of routinely de-scenting newborn ferrets prior to the sale as pets are currently being reassessed in terms of validity and effectiveness. 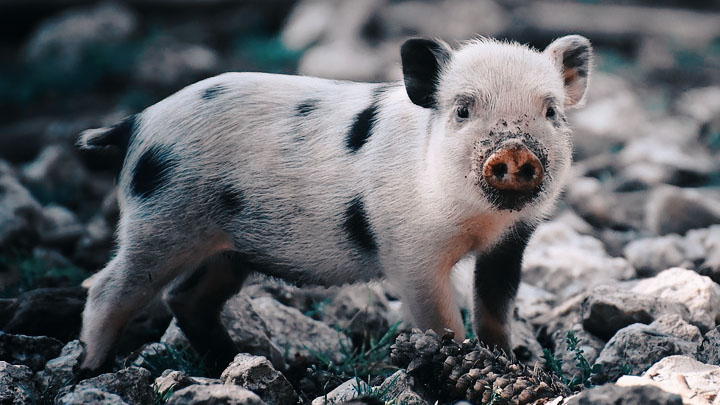 Last but not least, guinea pigs finish our list of the top 10 most popular pets. Numerically, they are close to ferrets in terms of the number of pets in the US just over a million here in America. These small furry animals come from Peru, where they are NOT pets: they are food. Americans visiting there are often stunned to see them served filleted on a bun as a fast-food sandwich.

Domesticated for 5,000 years, the breeds available today (whether pets or food) were all created by man; there are no wild guinea pigs. They are actually rodents; no source seems sure about how the pigs' part of their name came to be, but many believe it was the original cost of one guinea that dictated the first part.

Different breeds of guinea pigs feature varying patterns and hair lengths; the longer-haired do require regular grooming. Overall, however, they are easy to keep and provide the most enjoyment during their active periods dusk and dawn which they tend to adjust to the morning and evening to fit their owners' lifestyles.

Table of The Most Popular Pets In The US