How To Stop Dog From Jumping On People

If your dog has a tendency to jump on people, it is important that you take steps to eliminate the behavior. It's not enough to punish him for jumping 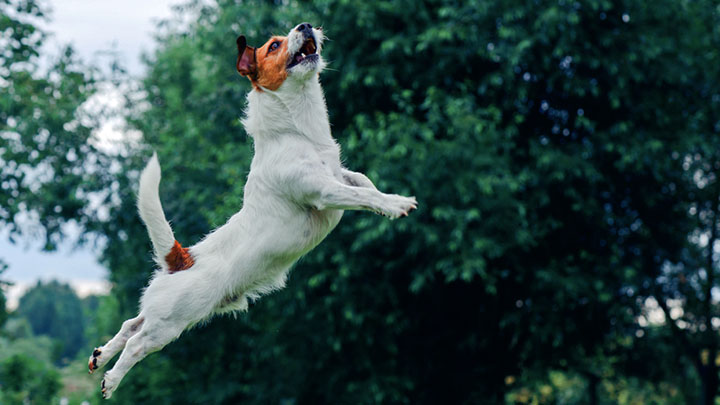 If your dog has a tendency to jump on people, it is important that you take steps to eliminate the behavior. It's not enough to punish him for jumping because that doesn't address his reasons for doing so. As a result, the punishment fails to have any lasting effect. In this article, we'll explore the main reasons why your dog jumps. Then, we'll provide a unique method that you can use to eliminate the behavior for the long-term.

Dogs jump by instinct. Like most of the things they do, it's part of their nature. There are 3 main reasons why your dog jumps. 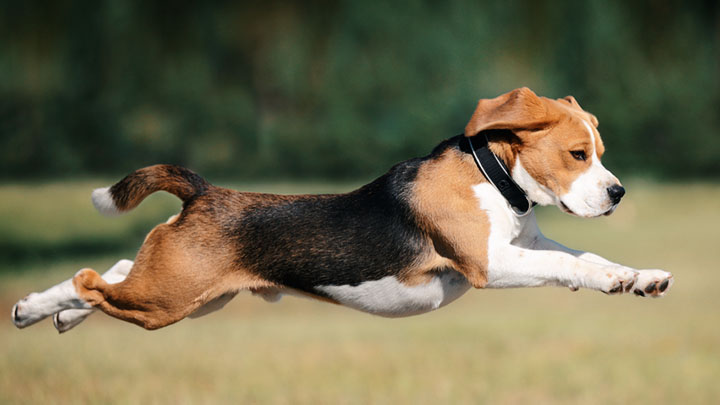 First, let's talk about what doesn't work. Whether by instinct or ignorance, many owners will try to place their knees in their dog's chest when he jumps. That doesn't curb the behavior. If anything, it interrupts the relationship between owner and dog.

Instead, when your dog jumps, grab his paws and hold him up. Don't allow him to rest his paws on your chest. That only establishes his sense of dominance and makes him more likely to jump in the future. As you're holding your dog's paws, speak kindly to him so that he senses your affection. Slowly begin to raise his paws. In effect, you're forcing him to stretch which is not pleasurable for him. Remember to keep speaking gently as you do this. When he begins to rub your hands with his muzzle, let his paws go. Don't set them on the ground. Simply let them go. 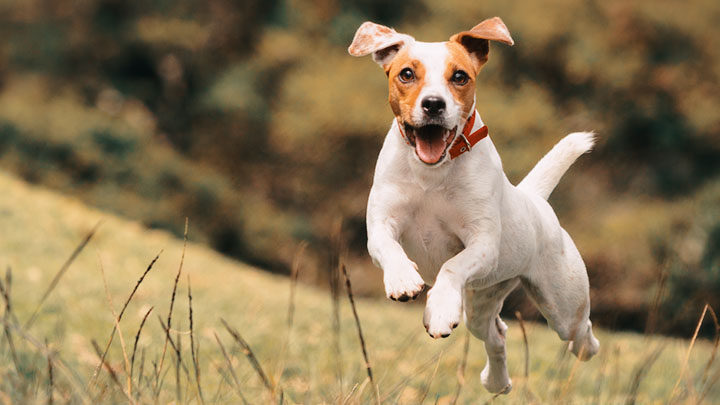 Once his front paws hit the ground, kneel down and show as much tenderness and kindness as possible. The experience will not be a good one for him. He needs to feel your affection for reassurance.

Then, stand up and encourage him to jump up again. If he does (and some dogs will have learned the lesson quickly), go through the entire process again. Before long, you'll have eliminated his urge to jump.

Jumping up to deliver a big sloppy kiss is one of your dog's most exuberant greetings and it can also be one of the worst problems for a dog owner to deal with. How do you handle the jumping up behavior without creating a scene with your furry friend?

How can you put an end to these undesirable actions and maintain your loving relationship with your lovable canine buddy? These are some of the questions that trouble owners of dogs that seem determined to express themselves by an up-close and "paws on" interaction with all humans.

Owners are generally the ones who lay the groundwork and encourage this type of behavior. Think about it for a moment. Remember how adorable it was when that little 5-pound puppy would dance on its hind legs and paw at your legs whenever you came home from work? 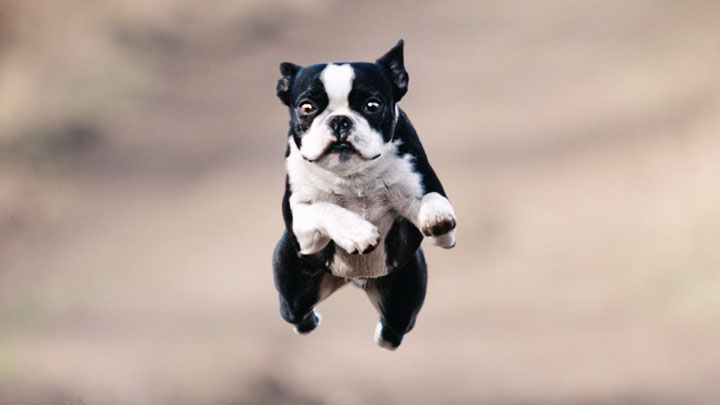 Everyone thought this type of behavior was "absolutely precious" and actively encouraged it by rewarding the pup with hugs, pats, and treats. Unfortunately, as your tiny bundle of fluff got bigger and heavier than jumping up maneuver became less "precious" and more "obnoxious", but by then your 4 legged friend was under the definite impression that it was OK.

You have to understand that you must lay the ground rules early concerning your dog's behavior. If jumping up is tolerated and encouraged when you are relaxing and wearing old clothes do you really think your dog is going to be able to refrain from jumping up to greet you just because you are dressed for a night on the town? Not likely, my friend and your own behavior is part of the problem.

This habit needs to be "nipped in the bud" as Barney Fife would say.

A dog that jumps up to greet people is showing a lack of training and control by the owner and this habit is not only undesirable and annoying your dog could one day hurt someone by knocking them down. The main reason for dogs jumping up on their owners and other people is to show their happiness and excitement at seeing their human friends.

Some dogs are more enthusiastic and demonstrative than others which means that they might display more of this behavior. Occasionally a dog is trying to show that he is the dominant alpha by jumping up and asserting himself. Dogs that want to be noticed also will try jumping up to get your attention, especially if you have petted and cuddled them in the past when they have used this same type of tactic. 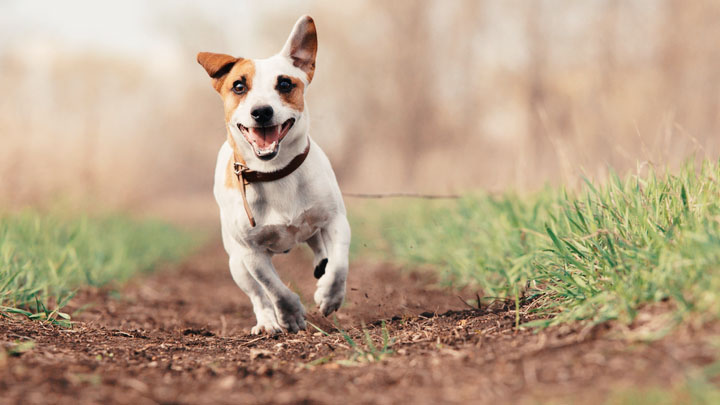 Contrary to popular belief you can not just say "Please stop that" and expect your doggie to know exactly what you mean. You have to communicate your request in a way that your pet will understand exactly what you want him to do. Clear communication with your dog will help him learn which behaviors are appropriate and which ones, such as jumping up, are clearly inappropriate.

Once again the main key is to begin the instruction as early as possible.

Remember that the easiest way to train a dog is from the beginning so that you prevent unwanted behaviors from developing in the first place instead of having to break the dog from a habit that has been previously learned.

Another key factor is to be consistent in your training. Do not let your dog jump up one day and reprimand him for this behavior the next time. If you want to break your animal of an unwanted habit you must be consistent at all times and let them know that the behavior is Never Okay. 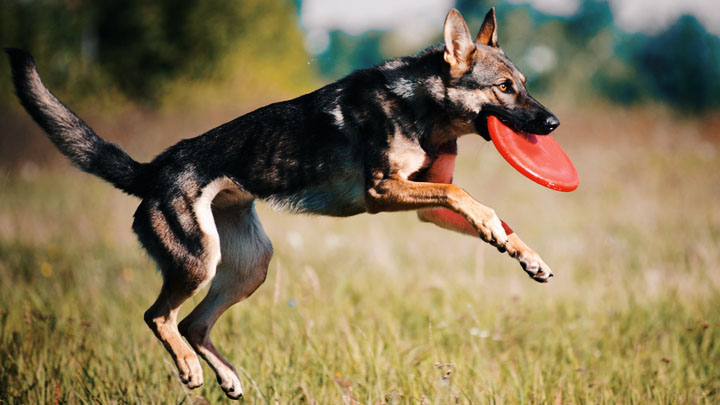 You must make sure that your friends and family members are also onboard the training wagon too. No one can let the dog get away with jumping up behavior if you are serious about breaking the dog of the habit. Consistency must be maintained and the animal must be corrected each time the behavior is exhibited.

Ignore a dog and refuse to give them attention when they are displaying undesirable behavior. This will get their attention very quickly when they realize that you are not responding to the situation. The attention of any sort is often the very reward that keeps the behavior in play for a dog.

Tell them no in a firm voice and then walk away from them when they are trying to jump up against you.

When you notice your dog getting ready to jump turn your body sideways or move away so that his paws do not land on you. Refrain from eye contact as you reprimand your pet for the behavior. Your dog will be disappointed that he is receiving no attention or support from you but he will also begin to understand that it is his behavior that is at fault.

Alternate behavior intervention works well, and all you have to do is to give your dog another type of command as soon as you notice the first sign that he is going to jump up in the air. "Down", "Sit" or "Stay" will keep them on the ground waiting for a treat or a follow-up command from you. 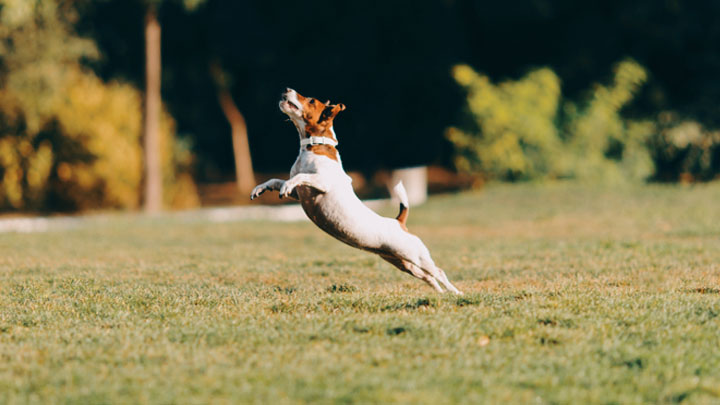 Do not use negative reinforcement with your pet but opt for positive training methods instead. This means that you should reward your dog when he refrains from jumping up behaviors. Lavish him with, hugs, petting, and praise to let him know that he has done "a good job" by not jumping in the air to greet people.

If you practice these helpful tips and suggestions you will find that the jumping up habits will soon become a past memory. Instead of an out-of-control, overzealous pet, you will be delighted to see that your dog has made the transition to a polite, well-mannered member of the family with simple corrections and very little frustration.